The year 2022 marks fifty years since Uematsu Eiji began his career in ceramics by moving to Tokyo and starting his position at a regional ceramic factory. This was followed by further relocations, first to Shigaraki, known for its long ceramics tradition and highquality local clay, then to Iga. Uematsu thus has left behind a track record of already half a century of highly original and idiosyncratic work that has culminated in various acclaimed exhibitions in galleries and museums across Japan, and time and again even abroad (New York, San Francisco, Seoul, Taipei, Guam…). The present exhibition is the second time we hold a solo show of Uematsu's works, after Mud and Stars in 2017.

Uematsu Eiji, in a way, is a poet of clay. Clay corresponds to words, but also there is diction in the choices the artist makes: the specific shapes to achieve, or the degree of textures involved. Then finally the firing that concludes this process of articulation as if adding the final exclamation mark to a lyrical statement. Clay is a metaphor that, in a simplified and reduced mode, alludes to a larger whole.

Uematsu thinks nature. Reading through his essays and catalog texts published over the years, one notices he rarely talks about his works or intentions directly. Images of nature, of peaceful harmony with one's surroundings abound. Birds flying, rays of sunlight peaking through forests, water flowing, green of the leaves, wetness of the soil. All is one, therefore in one we can find all. This is the underlying principle of his creations. And maybe clay is a particularly suited material for that sort of approach: it is a type of earth, and earth is where everything began. In fact, the kanji character for “clay” is the same as for “earth” or “soil.”

In encountering Uematsu's works, the viewer experiences objects that explore the relationship of nature and artifice, an endless tension that is inherent in all artistic expression. It requires their participation to complete the art, that is, to envision aesthetic viewpoints the works only allude to. The objects are open to interpretation but all of them contain as much of the artist's ideas as they are manifestations of the raw, unmediated presence of clay that is a stand-in for the larger cosmos of things—in that sense, they seek to expose the viewer's roots and reconnect them to the fertile soil they are themselves made of, which, in essence, is life.
Browse Works Read Chronology 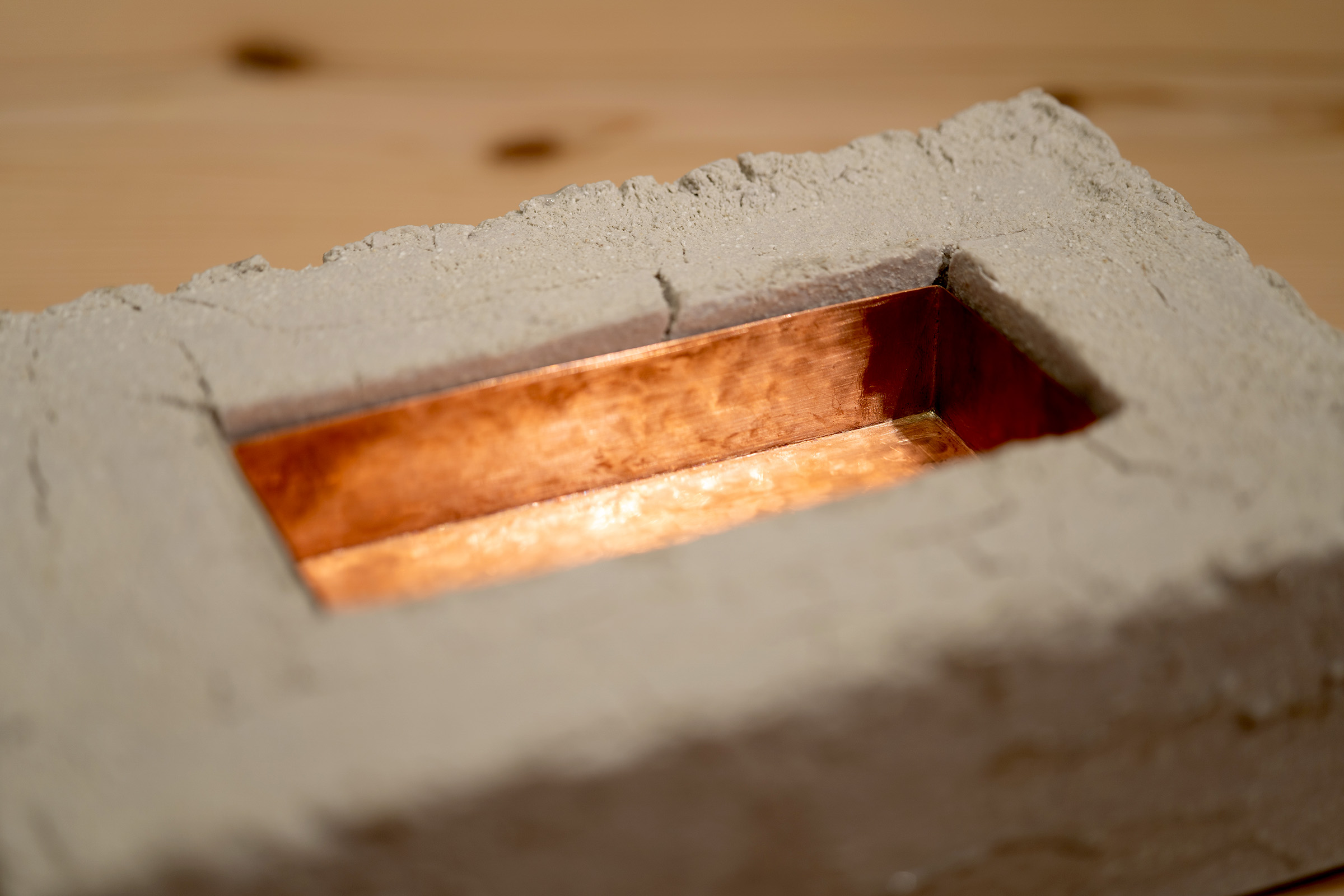 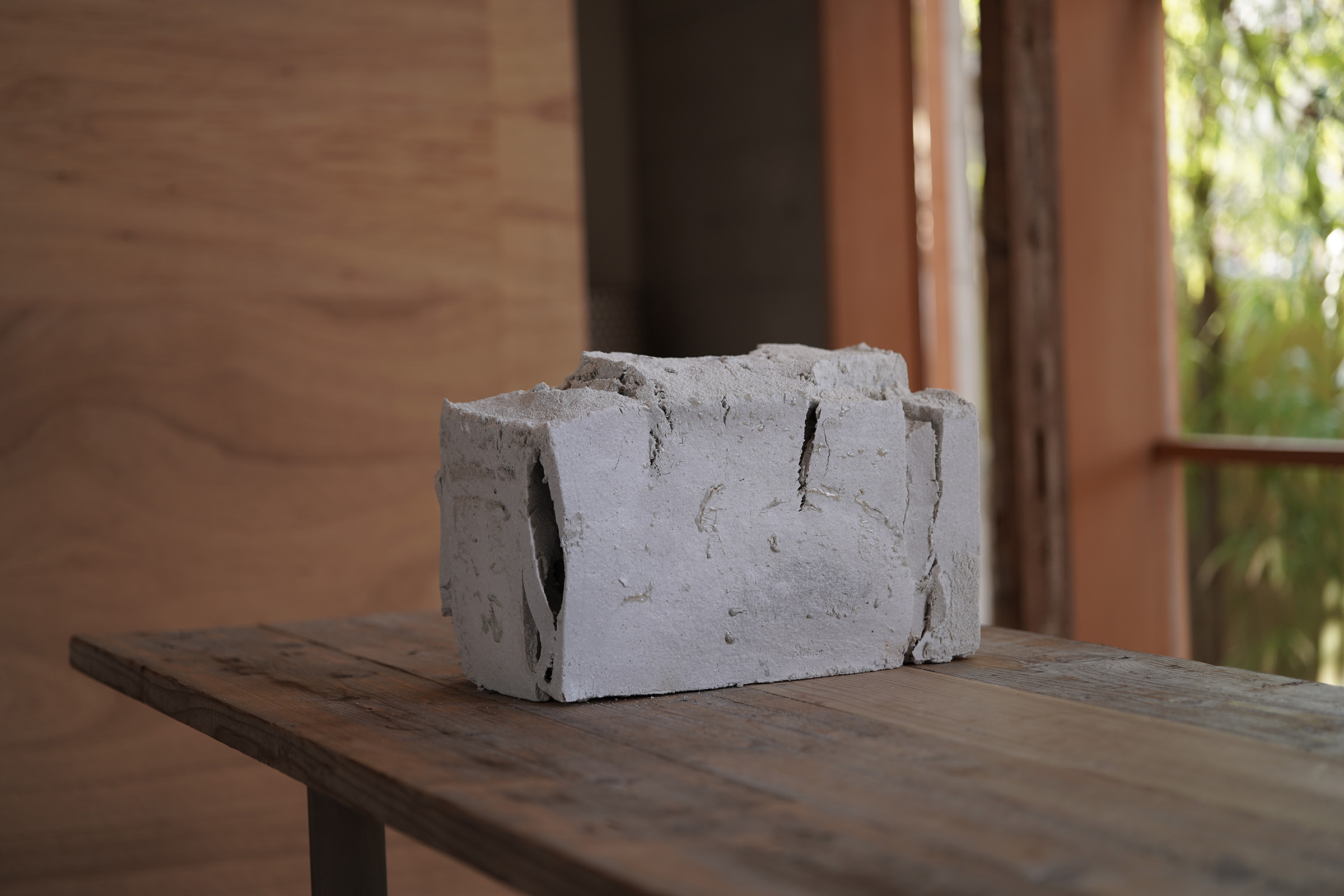 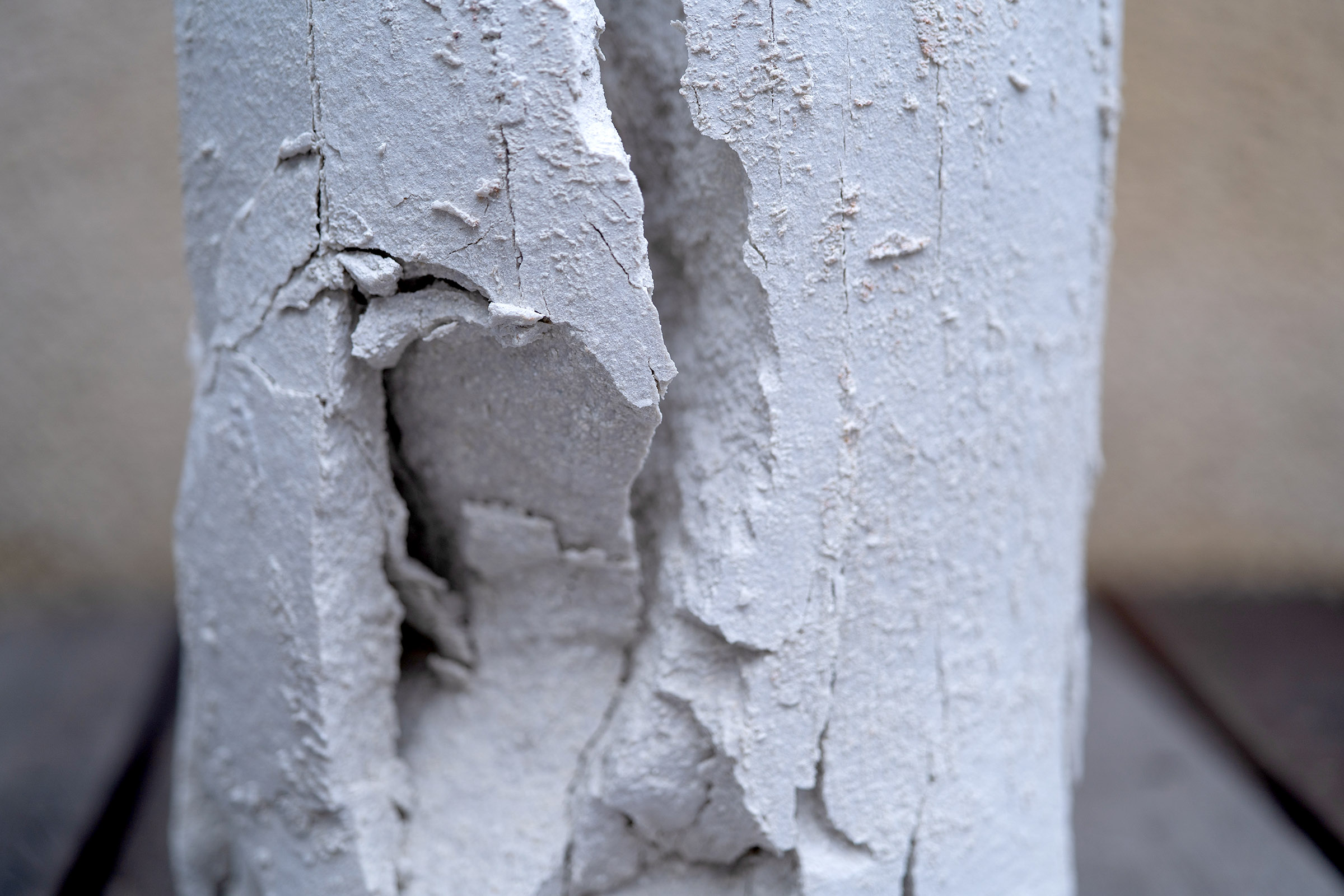 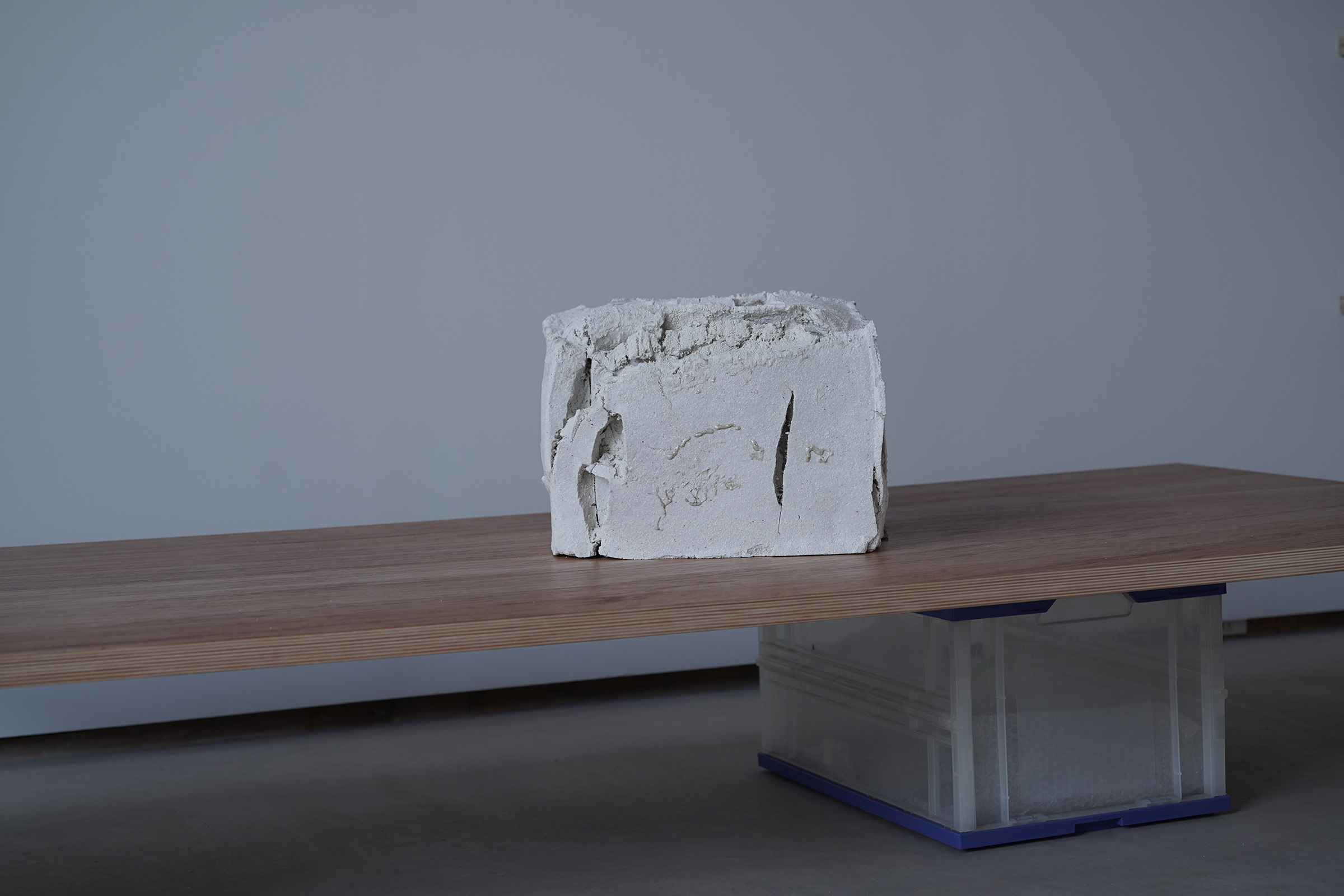 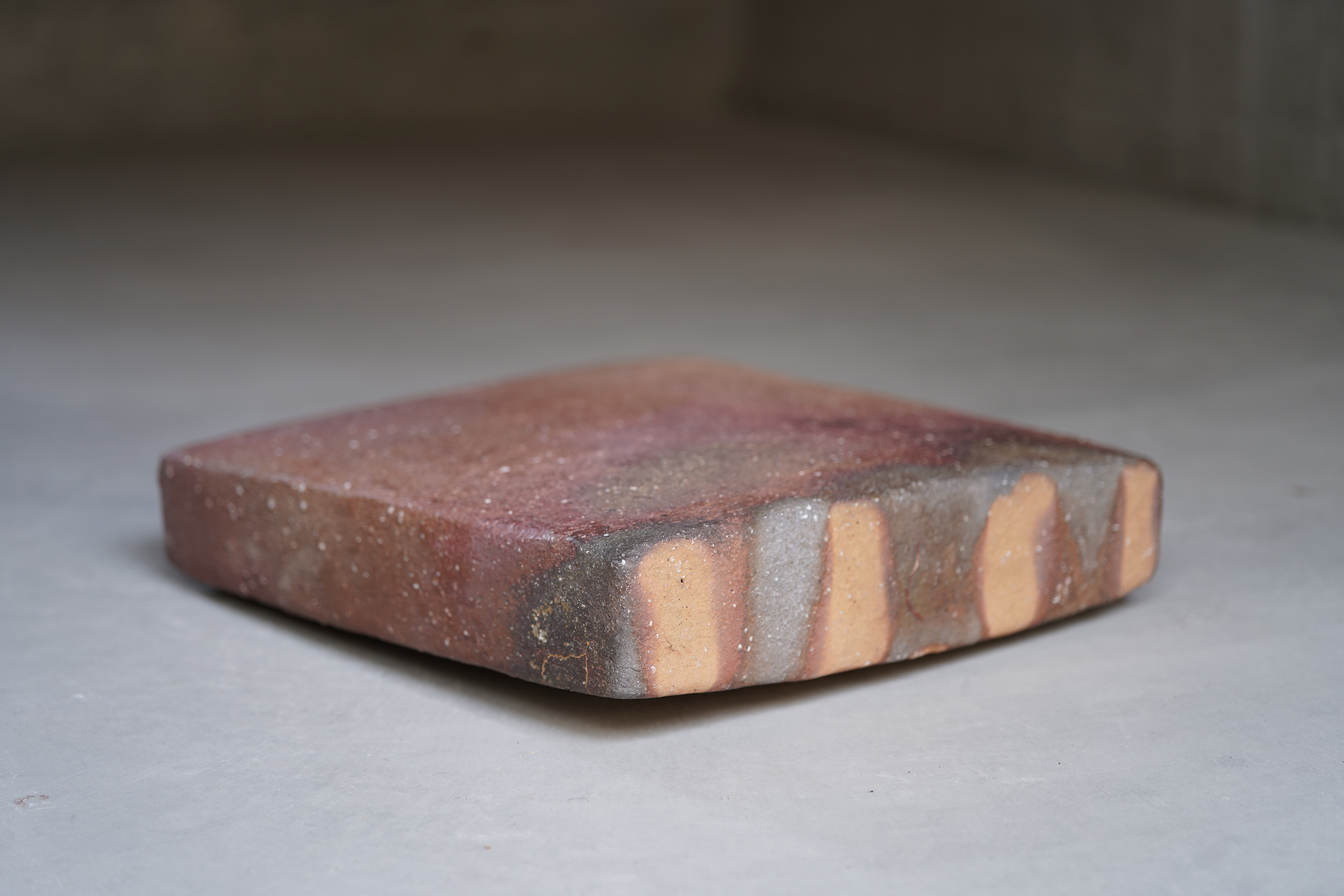 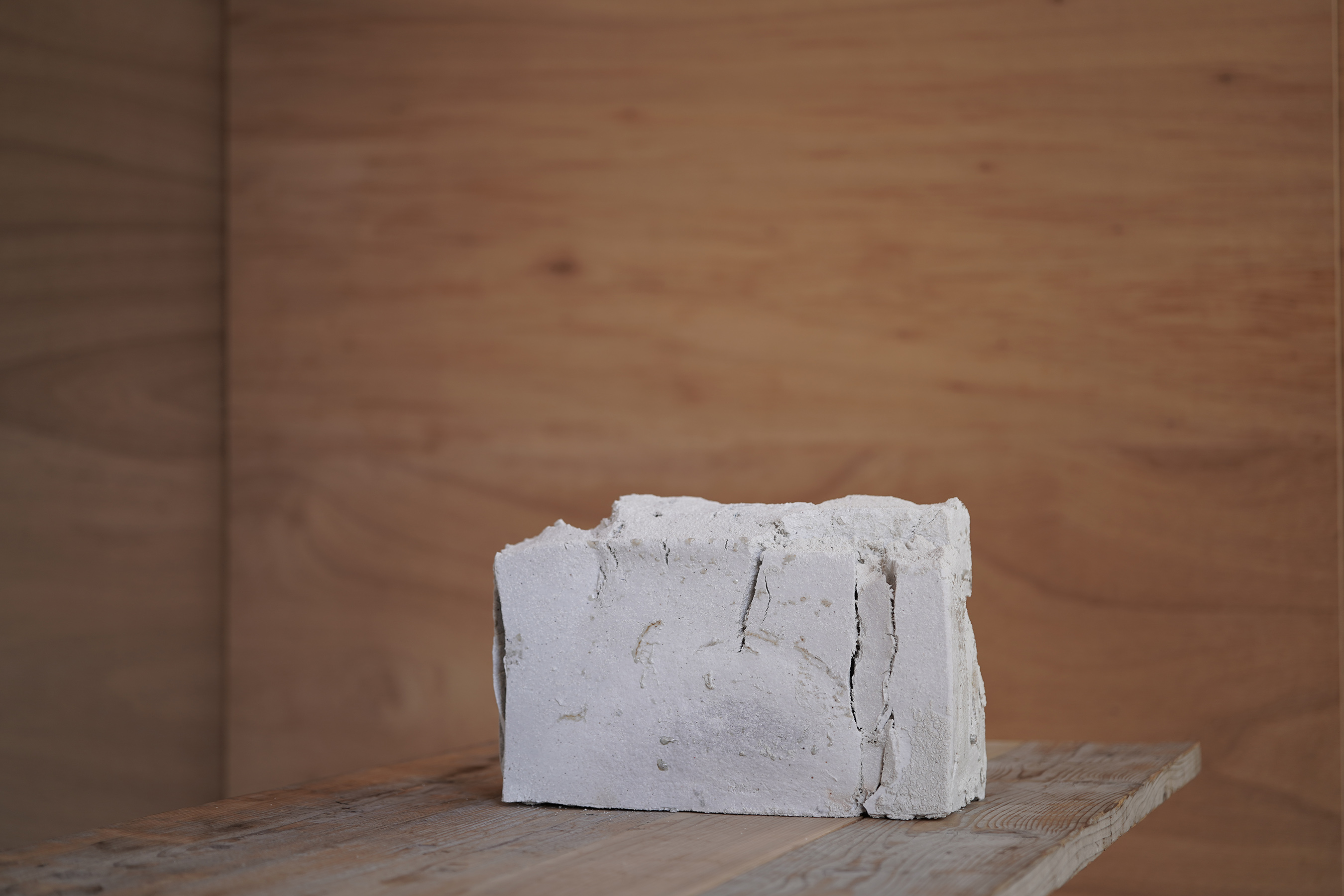 Installation view: Place Where Buds Appear. Ceramic, H27.5 x 41 x 22 cm, 2022.
”The warmth of the sunlight, and the soil under one’s feet softened from ephemeral showers… fertile shoots of horsetail begin to appear. New buds on the trees are swelling. Birds in the fields lightly moving from branch to branch, and then, pecking on the spring soil.”
Uematsu Eiji
Contact Us Sign Up For Newsletter